Some years ago, an old friend introduced me to the amazeballz child’s toy/craft that is Konapun. For those not in the know, which I would imagine would be about 99.999% of my readers, Konapun (and its sisters, Whipple, Kracie Poppin Cookin, and Re-Ment) are all crafts that involve making tiny, extraordinarily detailed simulacra of food, using eeny-beeny utensils and kids’ play kitchenware.

Over many months, we watched many, many Youtube videos by the master, RRCherryPie, as s/he methodically created pretty much the entire repertoire of every company listed above. If they released it, RRCherryPie did a Youtube video on how to make each perfect, tiny little creation. We marveled at the extraordinary patience, steady hands (and MONEY!) it must have taken to create each of these works of art. Some were edible, most were not, but they were all were fascinating in their own ways. 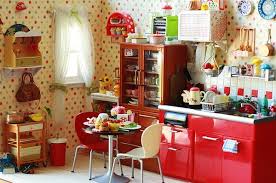 Some, like Re-Ment (which is the name of a miniature toy company in Japan), are actually plastic miniatures of food that you assemble to make a meal, if that’s your bag. Very kawaii.

To me, they are best known as the company that sells kits for making plastic erasers that look like food, and pre-made plastic versions of miniature food, as well as all of the insanely tiny kitchenware for pretend cooking your miniature fake food. 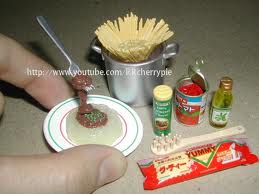 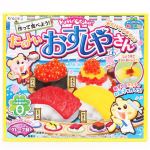 Kracie Poppin Cookin, on the other hand, is actually a series of edible candy making kits, but I included it here because it’s hella fun! If you like making your own (usually jelly) candies in amusing shapes and then eating your creations, this is the kit for you.

Whipple is an odd duck to me; one of the two of these types of crafts I have actually attempted, I remember being almost insane with excitement when I found two of the kits at my local Toys R Us store, and bought them right away. My friend and I, both adults, were as giddy as schoolgirls to put these little guys together…but I personally found the process to be far less interesting than I had originally hoped it would be.  Maybe my reality meter reset and screamed, “You’re an adult playing with a kid’s toy!!!”, but I think it had more to do with the fact I was a pastry chef, and I probably looked frelling ridiculous putting together fake desserts with OMG This Will Kill You If You Eat It whipped “creme”.  Who knows. Anyway, it is probably much more fun for kids with little to no baking experience, so take my experiences for what you will… *shrug*

Konapun, however, is truly my favourite, as these complex kits require mixing small amounts of mysterious powders with a few cc’s of water in tiny little mixing bowls, using miniature knives and spatulas, and really getting into making the fake food…and the results are truly astonishing. The final products may be inedible, but I don’t think I’d want to eat my creations if the results were as perfect as these!

I don’t know why I thought of these little creations today, of all days, but I wanted to share a brief glimpse in my weird little world of the odd things I like, and give a shout-out to the people in my life who enjoy sharing their own unusual likes with me…expanding my horizons can never be a bad thing! ;o)

Oh, and hi, I’m back! Missed me? I’ll work on doing better with the posting thing… promise. :o(

The Medieval Tailor
Adventures in A&S