Sorry for being MIA for the last little while; as mentioned in my previous post, the hubster, some good friends and I are heading to a great little Gaming and Steampunk convention very soon! Since my last post, I’ve been feverishly working on my wardrobe for this event, and even though our departure is now nearly finally upon us, I still haven’t completed all that I was intending to do.

Have you ever had a project that kept growing out of all proportion, with more bits being added to and around it even as you were trying to complete the core vision? (YES, YOU DUMMY, sez my brain; that is the definition of Every Project Ever…)

Well, my original vision for a Steampunk costume for this Convention was supposed to be relatively simple; a single outfit I could wear to the Con that I wouldn’t be embarassed to wear outside in public. Cobbling this together was definitely going to be a “stretch goal” for me, to be sure, as I haven’t really made or put together any costume for myself other than the occasional Halloween party. However, the more research I did on the Steampunk genre, the more fascinating it became; I realized, for example, how long this movement has really been popular, as the concept has leached out from classic literature and been reinvigorated and popularized in books and movies. For example, I had never really thought about it before, but Jules Verne was a seriously badass creative author…!

I have been wowed…and humbled when viewing my own paltry efforts…to compare to people who display so much variety, commitment to the craft and sheer imagination–not to mention a justifiable pride–in their fully-customized costumes and accessories. I saw a near infinite array of amazing options to make a Steampunk character completely original to each person.

I guess with all my Google-fu research, somewhere along the line I fell into the rabbit hole, and started accessorizing like mad, to try to have as accurate a Steampunk look as I could pull off with my own newbie skills, limited time, and tiny budget. From my original concept of a blouse, skirt, jacket, and hat/head covering mostly gleaned from thrift stores, I have now morphed into a sewing, painting, gluing madhouse of accessories to really make my Gentlewoman Explorer character my own.

I now have my very own pistol, upcycled from a dollar store toy: 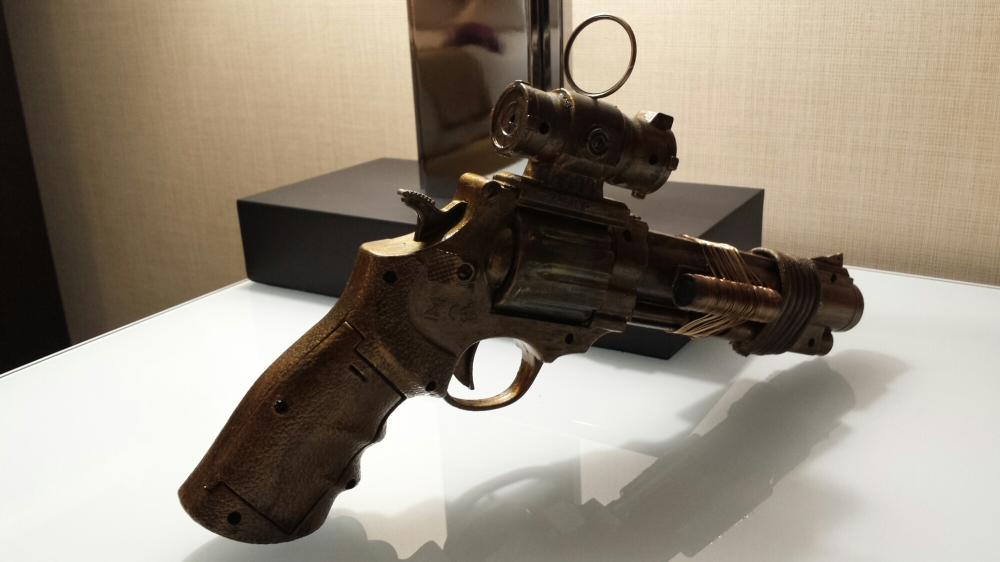 Goggles, made from scratch with craft foam: 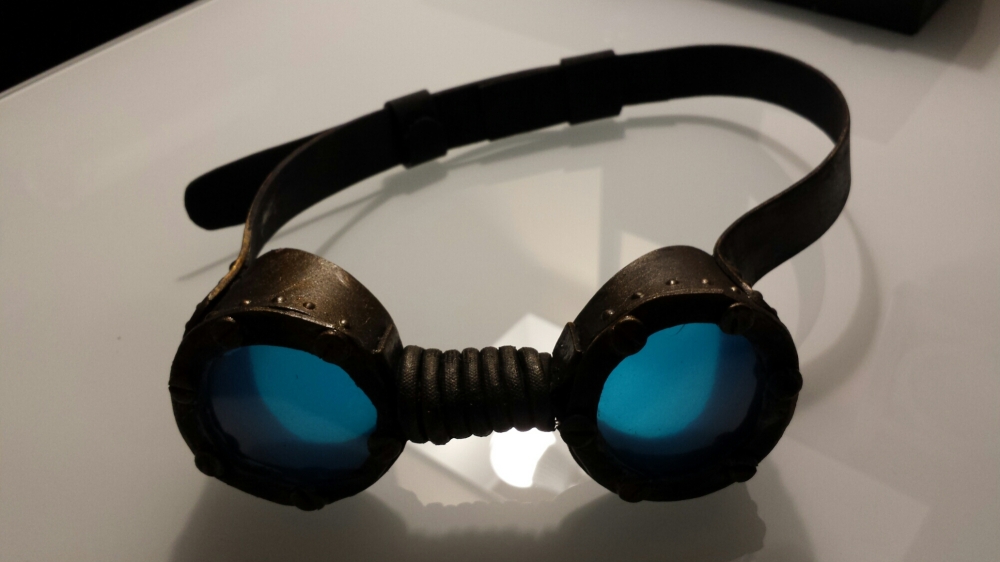 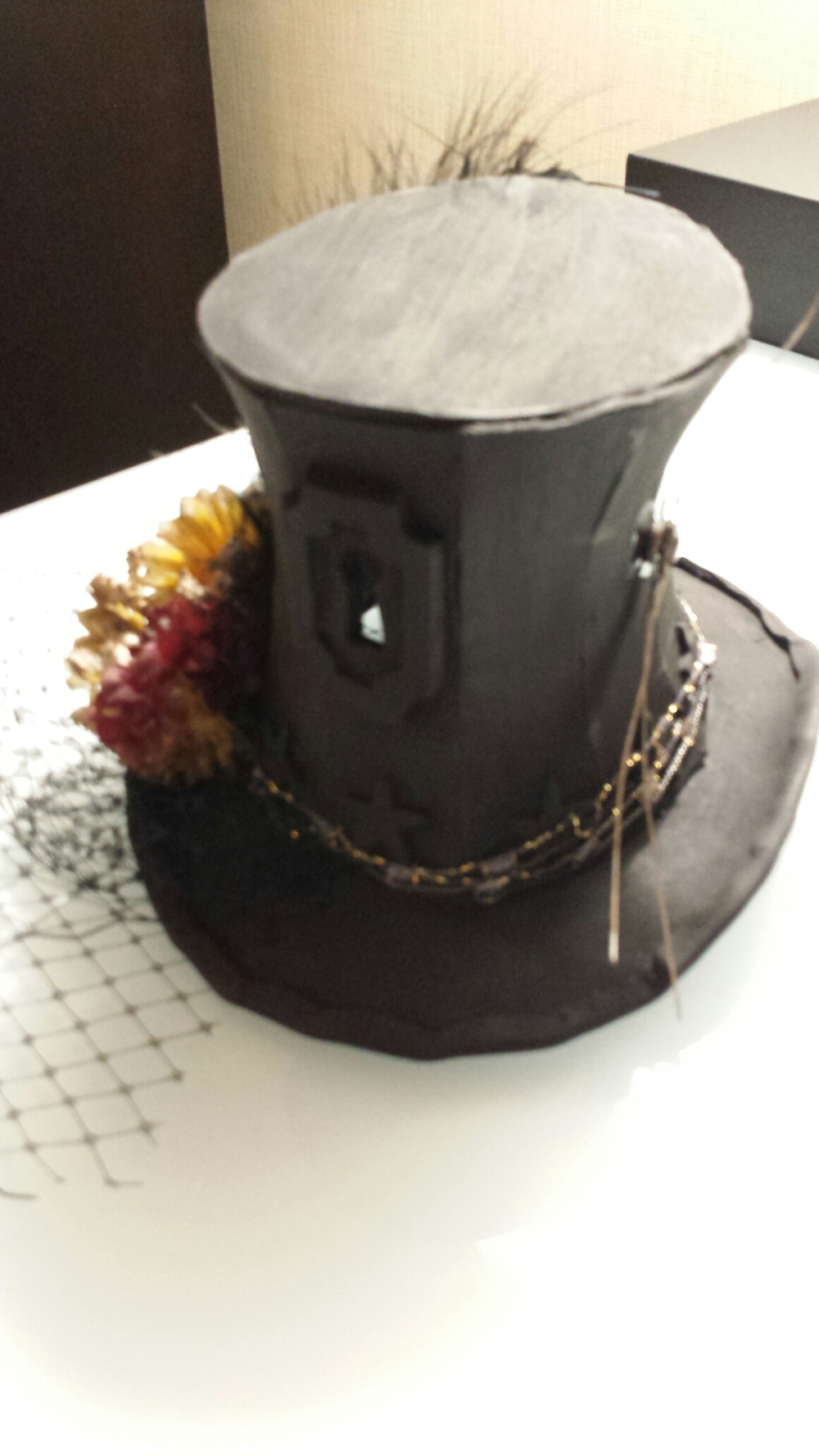 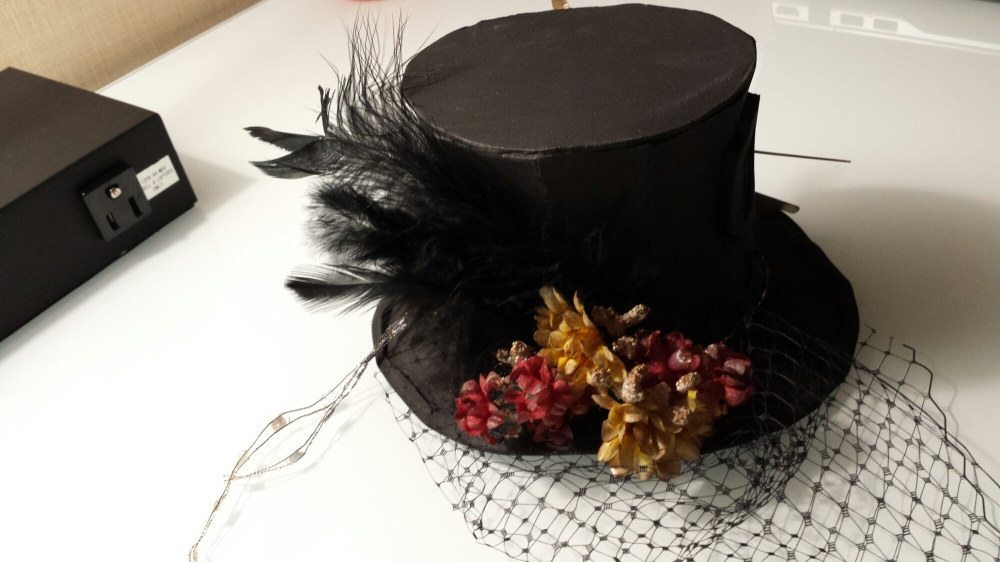 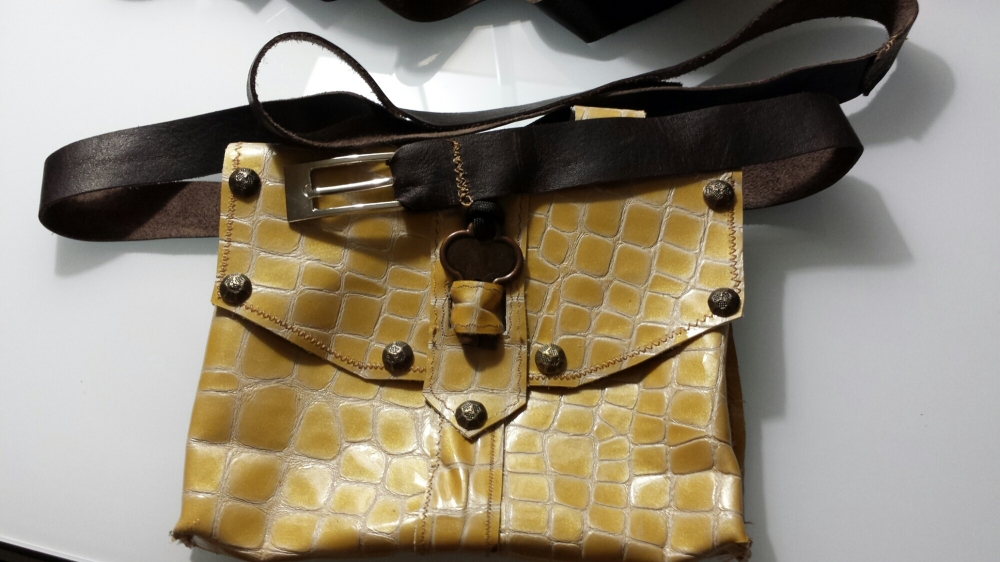 And one from two different types of fabric, with interfacing and felt lining and all that: 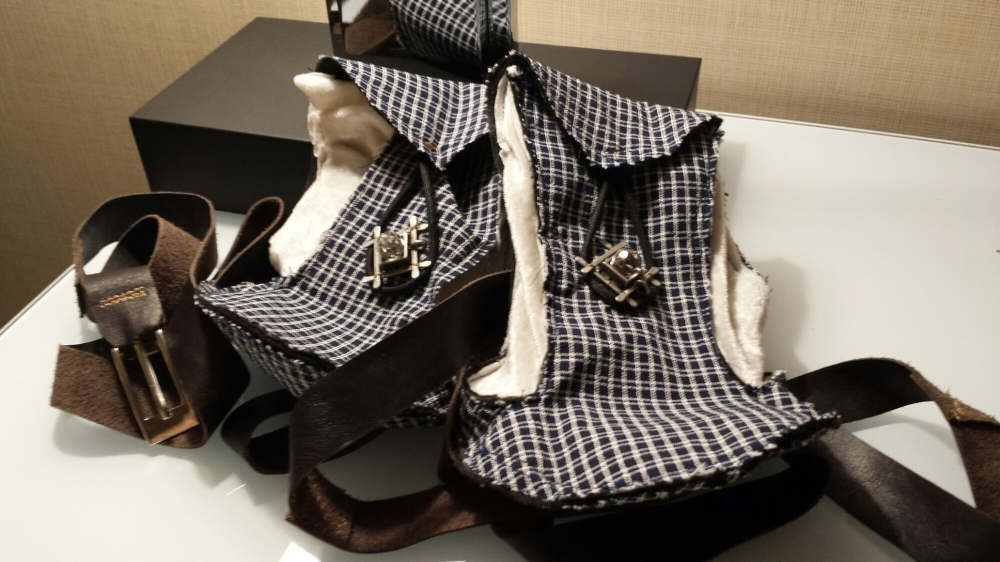 Including not one, but THREE belts made from leather, using metal buckles I “brassed up” for the occasion! 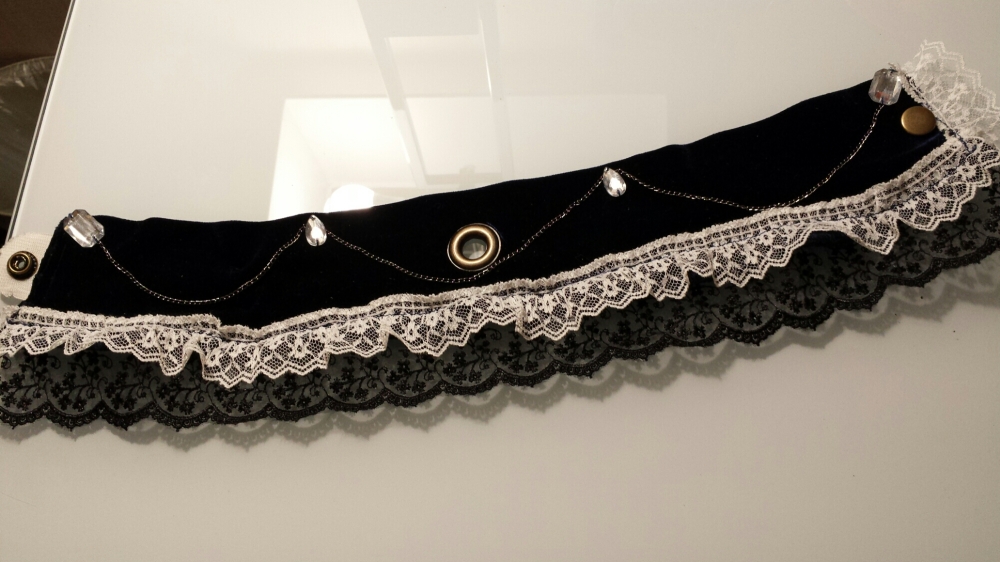 A pair of earrings: 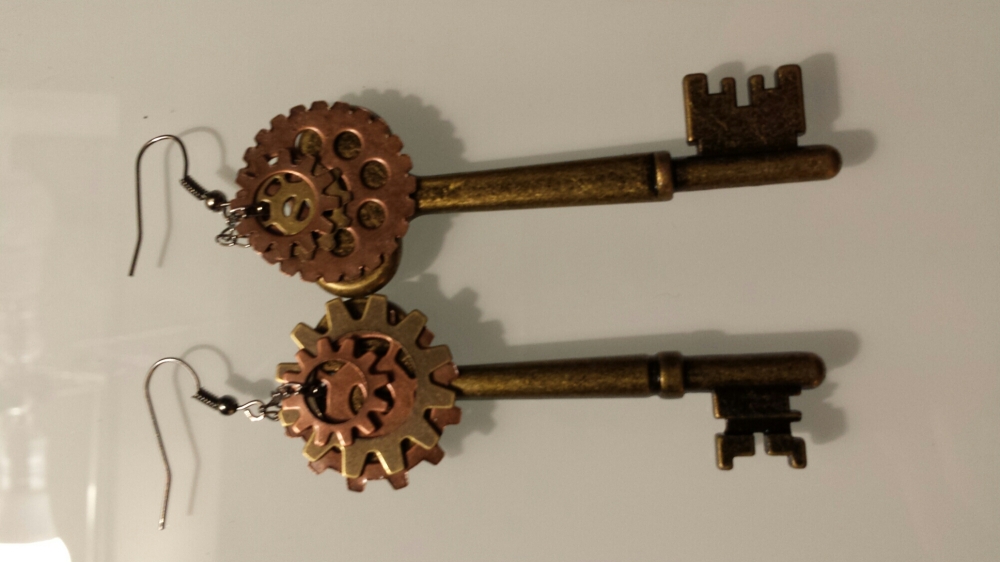 An unusual pair of fingerless evening gloves to match the choker: 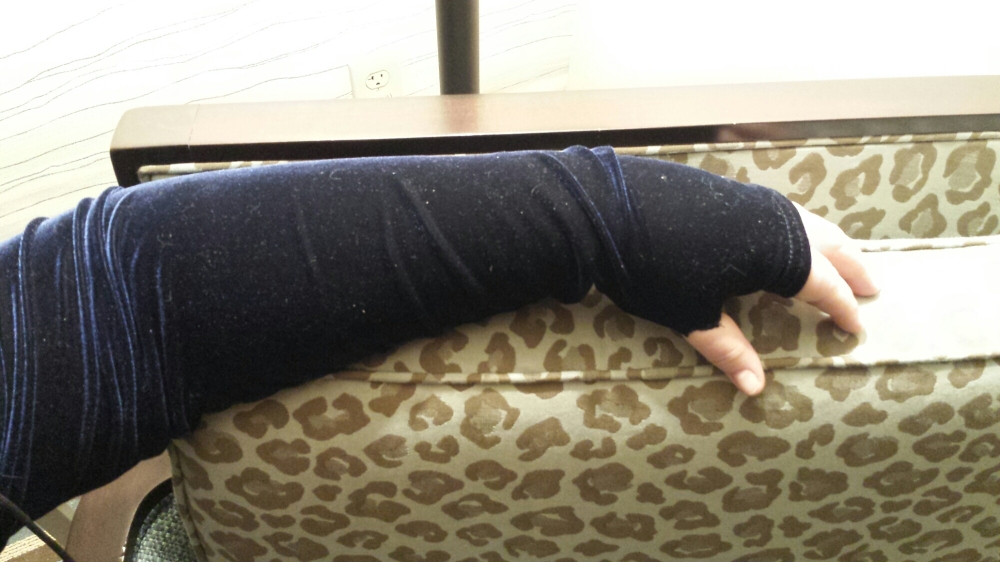 An Explorer’s journal for writing down all of my observations while “in the field” (i.e. at the Con): 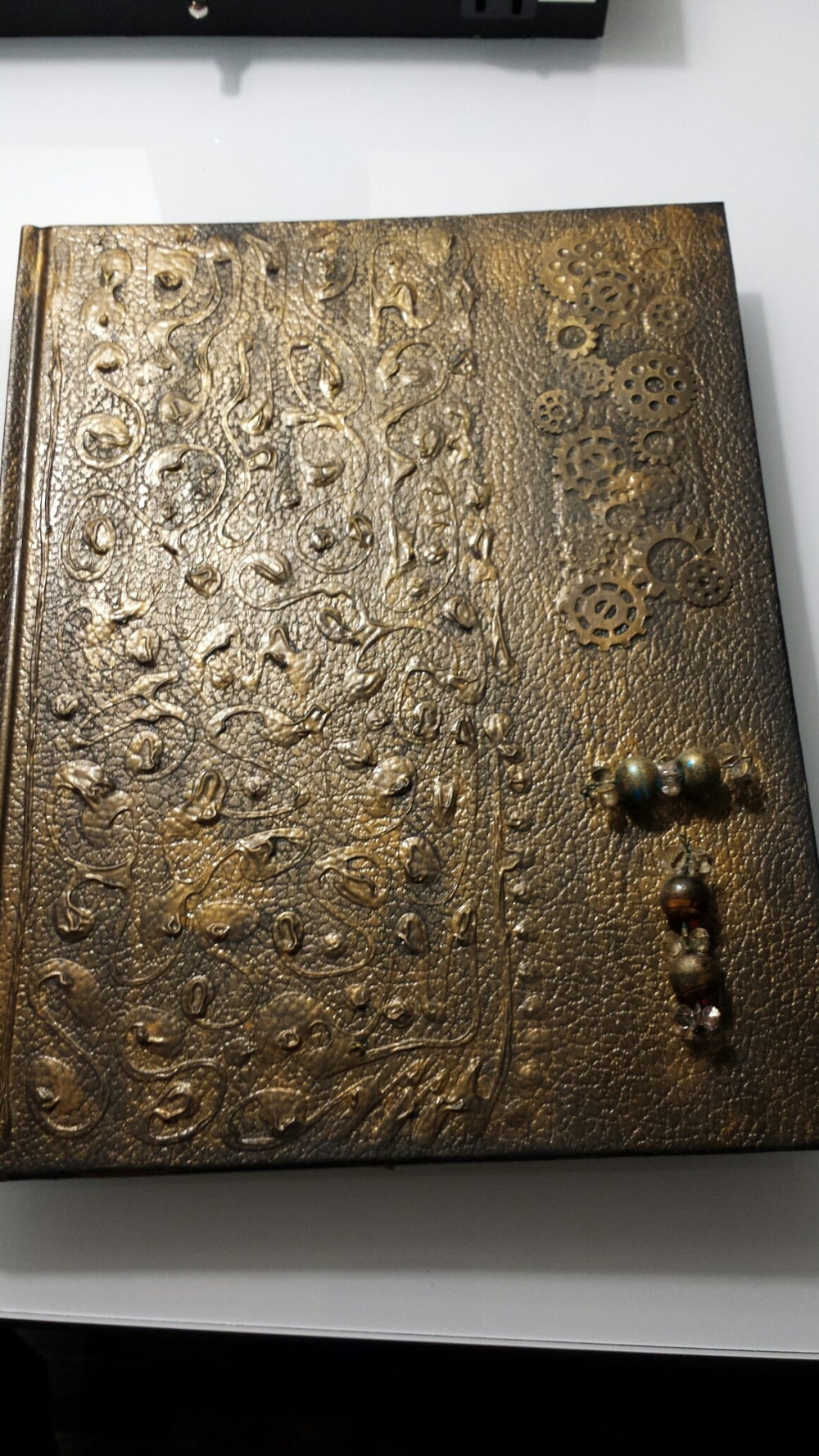 And a fancy shiny satchel to put it all in: 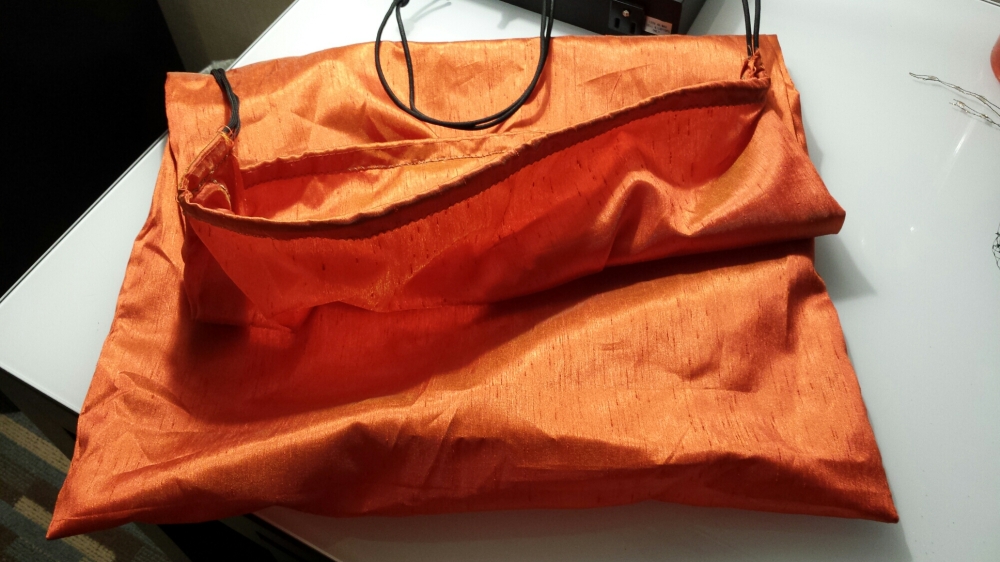 Did you notice what is missing in this entire list? Have you being paying careful attention?

A skirt, blouse, and jacket.
The three original items I was intending to make for the Con.

I honestly believe that if I had just one more week, I could have got everything done I wanted to do…but then I may just have ended up adding 20 more things to the list and been in the same position, lol! Happily, I have been having so much fun doing this, I fully intend to keep on going even after the Con is over. I’m sure that I can find more Cons to go to wearing my ever – increasing wardrobe of Steampunk-related items!

I will try to post while we’re on the road with interesting factoids and photos, so keep those cards and letters coming, kids!
See you on the flipside.   🙂

This is how I spend my quality free time...