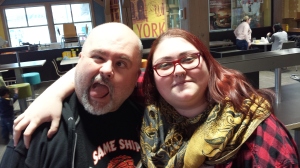 …what am I supposed to do with these two hooligans?

The Hubster and Miss Kitty certainly have quite the affinity for one another; like the little sister George never had, and the big brother Kitty never wanted (haha), these two get along like graham crackers and chocolate…which I suppose makes me the marshmallow that glues everything together. Hmmm, nice metaphor, Alicia. *backslap*. Of course, like any bro/sis combo, oftentimes they get along more like TNT and a lit fuse, but I guess that’s to be expected over time.

I have curated a surprising number of photos of us all yukking it up over the last few years together (though I’m usually the one taking the pictures…). Whether we have been on holidays together, at formal and informal events, or just chillin’ and doing silly things together, my trusty smartphone has caught these two maniacs in “flagrante insane-o” of one form or another! 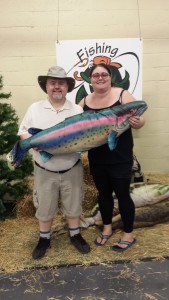 For example, they really seem to like this fish display at the Canadian National Exhibition (CNE); this photo was taken in 2013, just a week before our wedding. 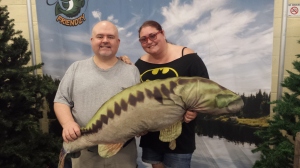 I can’t wait to see what this year’s fish pic will look like.

You would think with their wide grins and cherubic faces that they would be sheer ANGELS… but more often than not they fight like brawling puppies.

There are the metal ruler/fork/pen fights (don’t even ask…), the arguments and teasing over certain words (one hates the word “moist” and the other one hates the word “extruded”)…so guess which words get a lot of play around this house at the least opportune moments?

There’s also the constant hugging in public that Kitty does to George because she knows he hates it (little sisters are the BEST, aren’t they?) 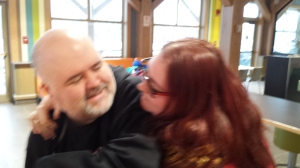 And then laugh some more. 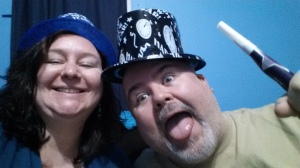 At the end, though, these two are great friends, and her infectious enthusiasm for life and insistence on seeing the bright side of things helps both of us not take ourselves too seriously.

I am so honoured that Miss Kitty (and by extension her amazing mom, Monique) are such an important part of our lives. Thanks for being you. ❤ 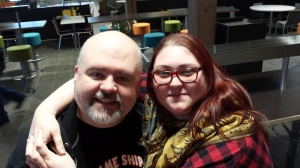